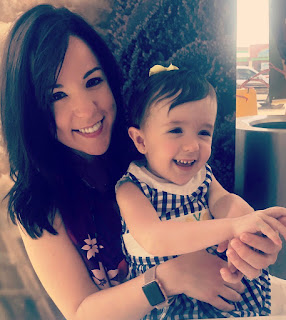 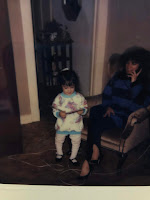 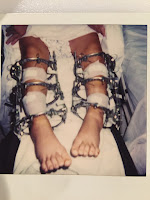 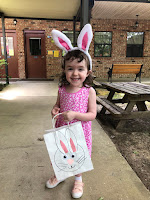 It’s Meet a Member Wednesday and today we meet one of our Network Board Members, Kim M. from Louisiana! She is 36 years old and has a precious three-year-old daughter. Kim works as a sales tax associate. She loves music and can remember all of the lyrics after hearing a song just once. Kim’s favorite band is Hanson, and she has traveled to various cities and states just to attend their concerts!
Kim was diagnosed when she was two years old, after her mother kept advocating for her and fought for a correct diagnosis. Lab work that confirmed that Kim had XLH (which at the time was known as hypophosphatemic rickets). In 2015 she had a genetic test to confirm that she had XLH, and subsequently she was able to get an early diagnosis for her daughter by having her genetically tested as well. While pregnant, Kim had to take medication every two hours for a total of 26 pills a day, which consisted of a rotation of K-Phos, Calcitriol, Vitamin D, and Calcium. Now, however, both Kim and her daughter are on the new treatment, burosumab.
Kim shared that XLH has a definite impact on her daily life. She struggles on a daily basis with stiffness and pain. Kim tries to remain as active as possible by walking and swimming. Her daughter also helps her remain active, as she spends much of her time chasing her toddler around!

Kim first found the Network in 2011, but didn’t get involved until 2016 when she received word that her daughter’s genetic test was positive for XLH. It was this diagnosis that pushed her to get involved as she knew that she would need to be her daughter’s voice and advocate. When asked what the Network has meant to her, she had this to say: “Since my first XLH Day in 2016, I knew I found my forever extended family. Being a part of this incredible organization and being able to help and talk with others has added extra special meaning in my life; I am an XLH fighter, an XLH mother, and an XLH friend. And I wouldn’t have it any other way.”
Posted by The XLH Network at 7:30 AM